BRING BACK THE BANKSIAS

Are you interested in the conservation and restoration of Silver Banksia (Banksia marginata) across Victoria and south-western NSW?

Stage 1 of the ‘Bring Back the Banksias’ project, supported by the Norman Wettenhall Foundation, aimed to assist in improving the conservation status of this iconic species.

The project collated and documented the location and distribution of known relict or remnant populations of Silver Banksia across its range where it has undergone considerable decline. This was assisted by the distribution and completion of a questionnaire by those who knew of these locations. This information is being used to select sites/populations for future genetic research that will help to guide seed collection strategies for the establishment of Seed Production Areas and future field restoration works. Obtaining this information from across the Silver Banksia’s distribution is imperative for helping to conserve and protect the remaining populations

The first Bring Back the Banksias e-newsletter was released in July 2016 to keep everyone up to date on all things happening with Silver Banksia. 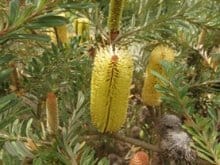 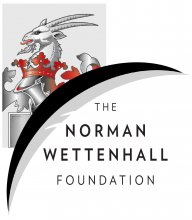 Download the report on the Harcourt workshop in central Victoria held 19 March 2018.

Download the report on the Lake Bolac workshop held Friday 24 February 2017 in conjunction with Glenelg Hopkins Catchment Management Authority and the Friends of the Forgotten Woodlands. Download the Agenda here. The workshop brought together almost 70 interested people from across Victoria and interstate including landowners, landcare practitioners, seed collectors, nursery suppliers, propagators, researchers, project officers and consultants. It outlined what has been happening recently with regards to Silver Banksia research, mapping, genetics and seed orchards – for example Dr Adam Miller (Deakin University) reported on his preliminary findings on the genetic structure of the scattered populations of Silver Banksia on the Victorian Volcanic Plains. 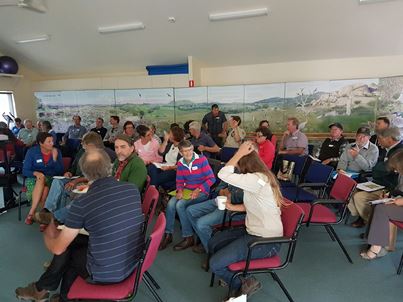 Participants at the Lake Bolac workshop on 24 Feb 2017. 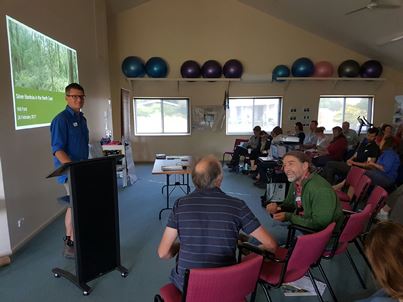 Will Ford from Trust for Nature presenting at the Lake Bolac workshop. 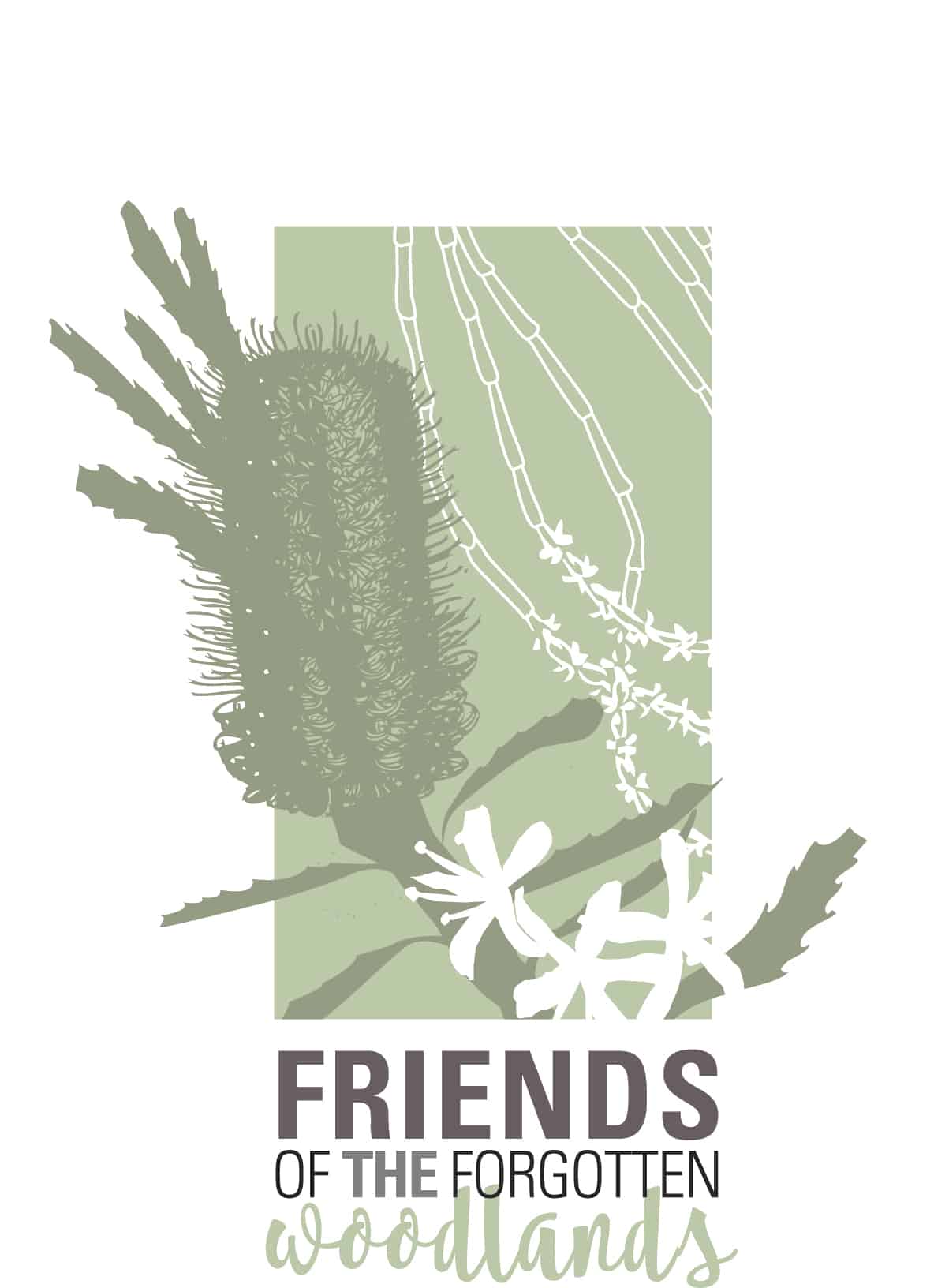 The first newsletter of the newly incorporated group Friends of the Forgotten Woodlands Inc. which operates within the Victorian Volcanic Plains (VVP) was released in December 2016. The group covers many woodland species such as Silver Banksia, Sheoak, Wattle, Bursaria and Tree Violet that were once significant keystones of the ecology of the VVP.

If you have any further questions about the Bring Back the Banksias project please contact ANPC Project Manager, Martin Driver, on mobile 0400170957 or email.

Throughout south-western NSW and across Victoria, Silver Banksia has mostly disappeared from the landscape over most agricultural areas. This loss of the original plant populations has occurred due to grazing by domestic and feral animals, direct damage from rabbits, destruction of rabbit warrens, and wildfire.

The ANPC has joined forces with an extensive network of agencies, groups and individuals concerned about the conservation of Silver Banksia in these areas, and a collective of projects and groups has been forged under the title of ‘Bring Back the Banksias’. The aim is to bring people together to identify known sites and populations of Silver Banksia, and participate in developing a network of seed production areas.

The ANPC has brought these interests together with a view to avoid duplication, assist with communications and networking, and seek information on the latest science in conservation efforts with Banksias. It is hoped that addressing some of the funding, research and extension in a more coordinated way will ultimately bring about a sustainable conservation outcome for the species and its habitats over a wider area than the current fragmented approach.

Initially the geographic scope of the project is covering the Mallee, Wimmera, Central, North Central, Goulburn Broken, and North East Victorian CMA regions, the Victorian Volcanic Plains in Glenelg Hopkins CMA, and Murray Local Land Services region in NSW. It may expand to other regions at a later date subject to interest and resourcing. Initially it is intended to cover the tree form of Silver Banksia only.

Initial objectives of the project group are to:

Longer term and concurrent objectives are to:

Thank you to the Norman Wettenhall Foundation for supporting this project in its May 2015 round of small environmental grants.