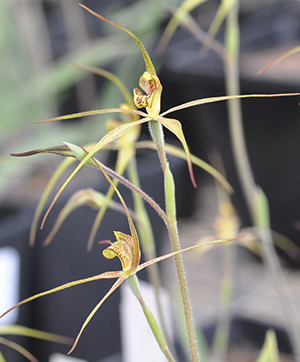 Caladenia audasii has fewer than eight plants remaining in the wild, three of these fall within the Grampians National Park and associated reserves (two of which were discovered in community surveys in 2016). These plants urgently need supplementation to remain as viable populations into the future. With such low numbers left in the wild, the populations are not sustainable and every plant has critical importance for the long term recovery and genetic resources for this species. Pollinator identification is also critical to manage the ecology of this species and reduce incidental harm to the pollinator through ignorance of its habitat requirements.

C. audasii is endangered under the federal Environment Protection and Biodiversity Conservation Act (1999) and listed under the Victorian Flora and Fauna Guarantee Act (1988).

The ANPC is working with the Royal Botanic Gardens Victoria (RBGV), Friends of the Grampians Gariwerd (FOGG) and the Australasian Native Orchid Society (Victoria Group) Inc. (ANOS) on this project between November 2017 and June 2021 to undertake fencing (to protect the plants from grazing by native and introduced herbivores), identify the pollinator for this orchid, undertake surveys for more plants, collect seed, propagate seedlings and re-introduce approximately 200 plants into the wild.

Under a previous grant, the ANPC worked with FOGG and RBGV to fence the one remaining C. audasii plant in a reserve near Stawell, an action which resulted in no grazing impacts and the first ever seed being collected for propagation. The RBGV then worked with the Department of Environment, Land, Water and Planning (DELWP) to propagate and re-introduce 50 plants back into another population near Bendigo.

Seed was collected from existing fenced sites in October 2017 and sown for propagation in November- December 2017, as well as in August and November 2018. Approximately 200 C. audasii seedlings are now growing at the RBGV Orchid Conservation Project’s shadehouse, to be planted in June 2021.

An exclusion fence was constructed in August 2018 at one site in the Grampians to protect newly discovered plants from grazing kangaroos, wallabies and rabbits.

Pollinator baiting is being undertaken every Spring with volunteers from FOGG and ANOS (assisted by RBGV staff) to identify the pollinator for this orchid and its distribution, along with guided community surveys (over 500 hectares) near the two newly discovered sites for any additional plants that may not have been seen previously. 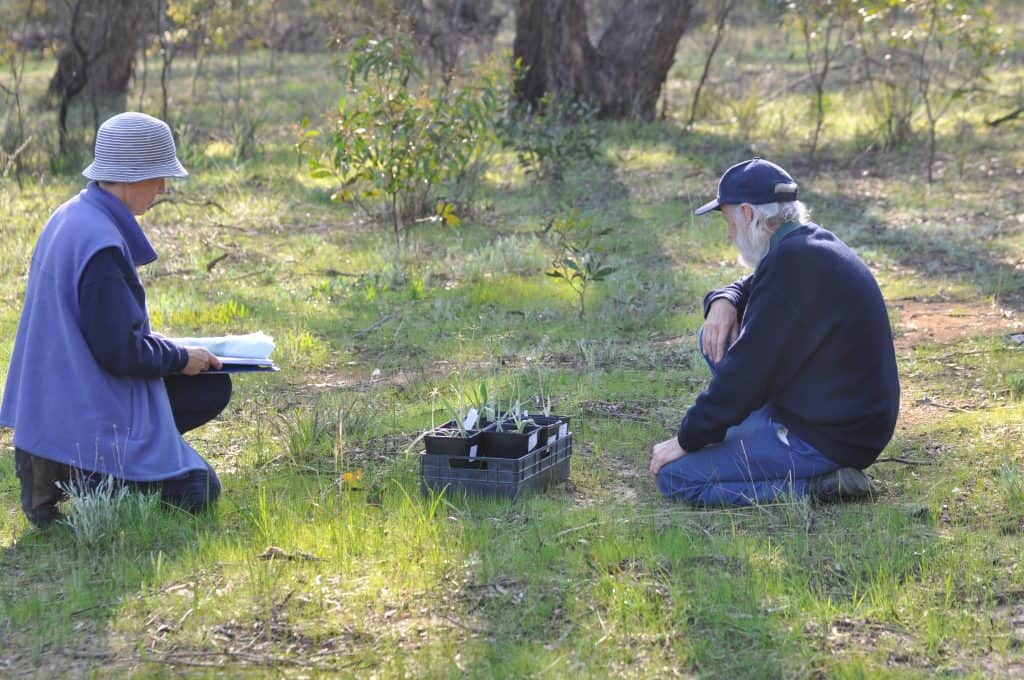 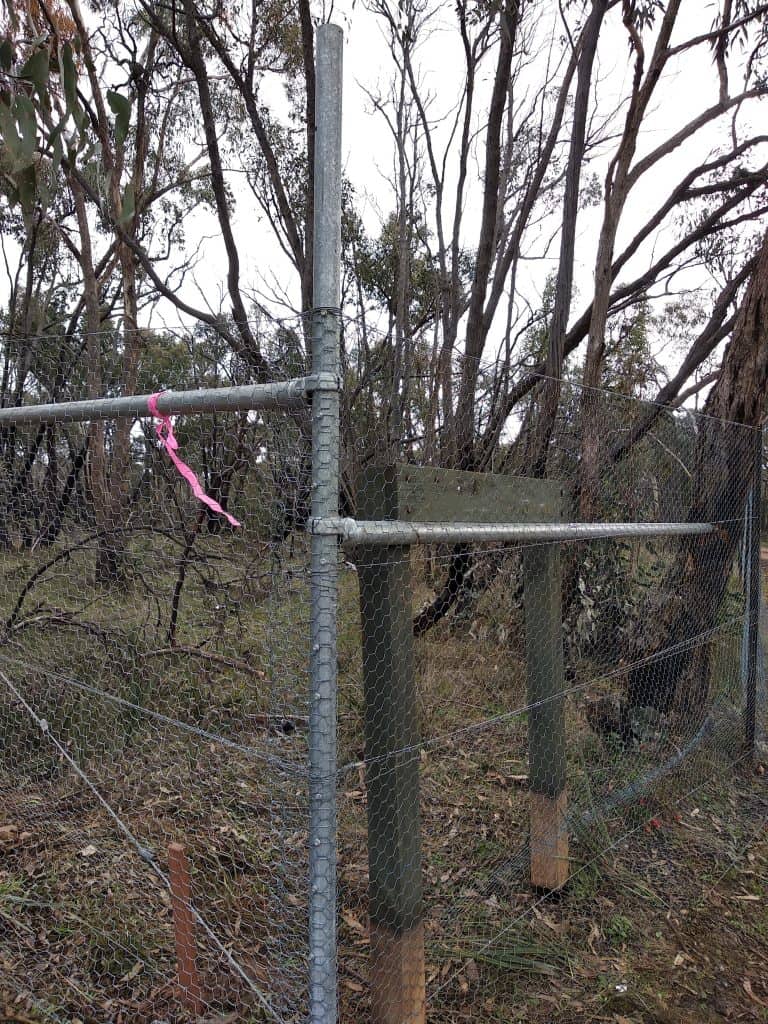 Contact the ANPC for further information on this project. 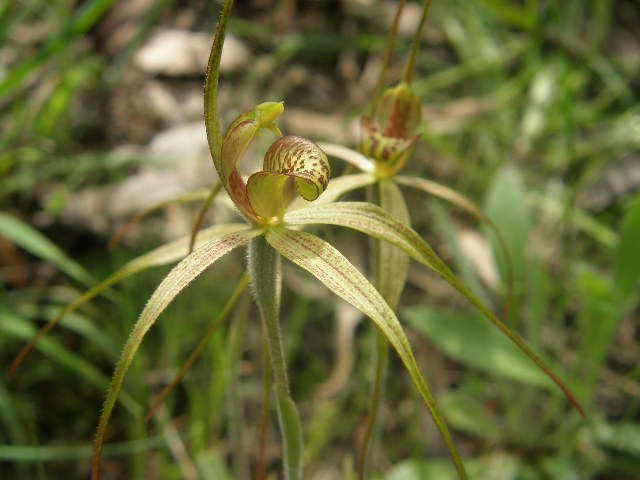 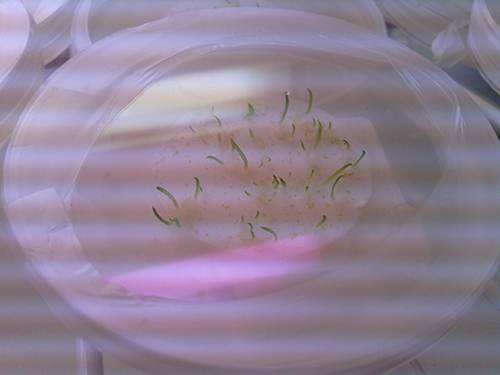 This project has been funded by DELWP through its Biodiversity On-ground Action grants. 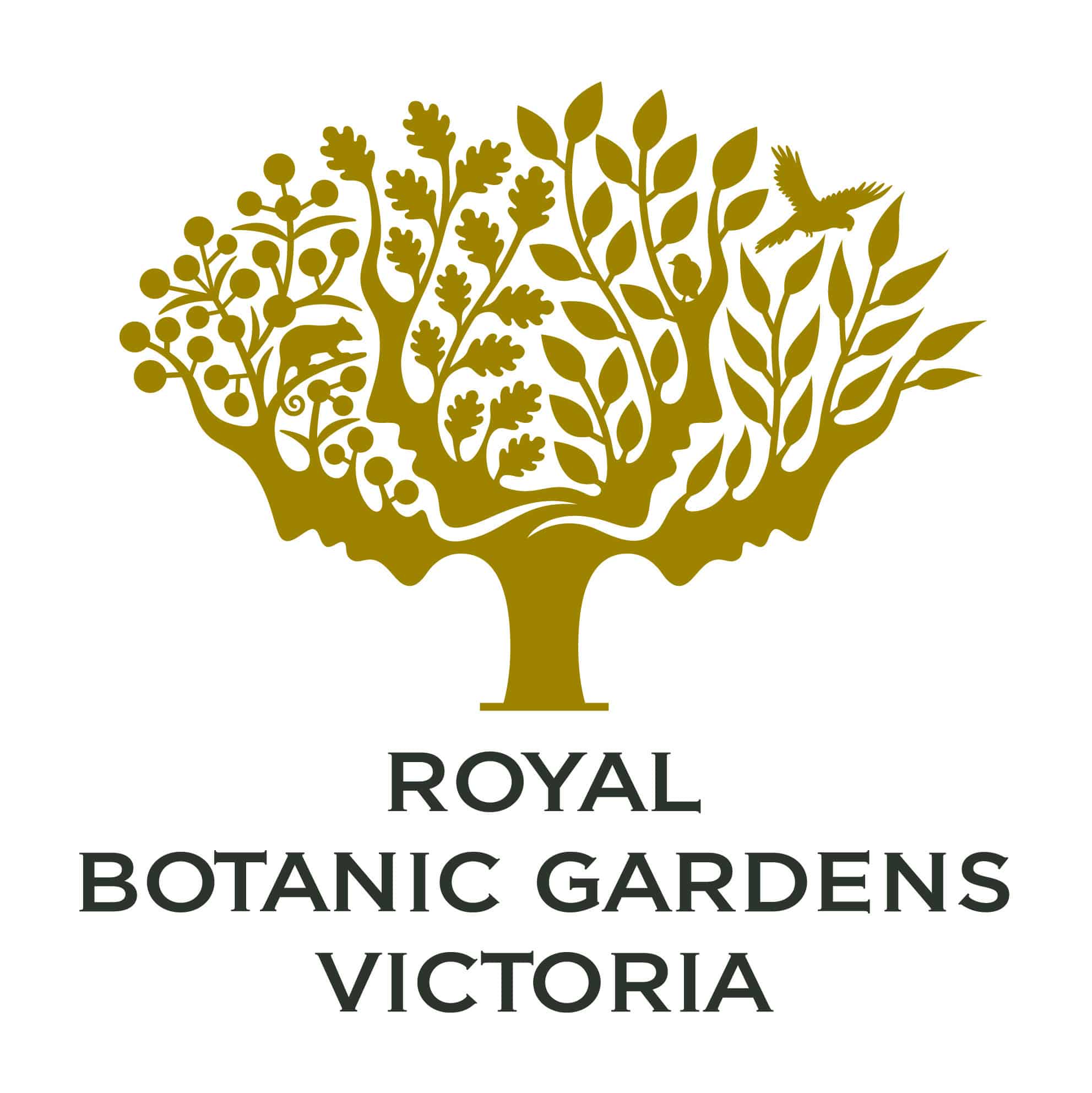