We have a document of all speaker bios and abstracts which can be downloaded here.

We are excited to announce the following keynote speakers for APCC13: 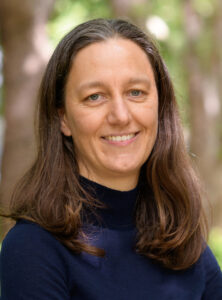 Rachael is Associate Professor in plant conservation at the Hawkesbury Institute for the Environment at Western Sydney University. She trained as a plant ecologist and is passionate and uses her skills to contribute to the knowledge and protection of plant species. Rachael has worked in plant science since 2004, initially at the National Herbarium of NSW and subsequently as an Australian Research Council Discovery Early Career Research Fellow (DECRA 2017-2021) after completing her PhD on the functional ecology of climbing plants in 2012. She joined the Commonwealth Threatened Species Scientific Committee in 2020, having served on the NSW Threatened Species Scientific Committee from 2016-2021 (Deputy Chair 2019-2021). Her research is routinely used to address the needs of conservation programs, including the Saving our Species program in NSW.

In 2020, Rachael was awarded NSW Premiers Prize for Early Career Research (Biological Sciences) in recognition of her national assessment of the impacts of the 2019-2020 bushfire season on 26,000 Australian plant species. Her work prioritising plant species for recovery actions after the fires has been widely applied to inform planning, management, and extinction risk assessment at the State and Commonwealth level. This work was informed by data in national and international initiatives on plant traits and ranges developed with collaborators, including the AusTraits database which houses more than 1 million observations of the traits of Australian plant species. She also uses these rich sources of data to inform other continental and global scale studies in plant biogeography and conservation. 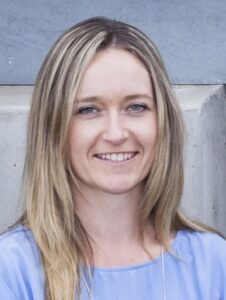 Zoe-Joy Newby completed her PhD in 2014 in phytopathology, and using her experience in working with fungal organisms, began working with orchids thereafter. For the last five years she has been a member of the Germplasm Conservation team at PlantBank, working on orchids as well as the Rainforest Conservation Project. Most recently her work has involved conservation research on several endangered orchid species under the NSW Save Our Species initiative. 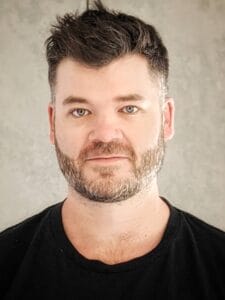 Dr Nathan Emery is a Restoration Biology Officer at the Royal Botanic Gardens and Domain Trust, based at the Australian PlantBank, part of the Australian Institute of Botanical Science. Nathan’s research is a combination of plant ecology, seed biology and restoration. He has worked with difficult to propagate species, such as Actinotus and threatened Persoonia species, and has led several threatened plant translocation programs. He also works on the seed biology and conservation of threatened ecological communities in northwest NSW, with a focus on understanding the tolerance of seeds to temperature and moisture stress. 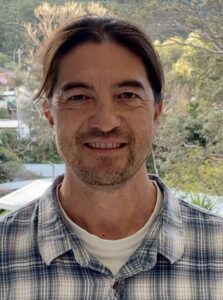 Mark Ooi is a plant ecologist and Senior Research Fellow at the University of New South Wales, where he is a member of the Centre for Ecosystem Science in the School of Biological, Earth and Environmental Sciences. He runs a lab focused on fire, plant and seed ecology, and is particularly interested in studying the role of seeds in driving demographic processes of plant species. A key aim of his research is also to use ecological understanding to inform the conservation management of threatened species.

Mark’s research encompasses several themes in fire ecology, including plant population recovery in response to fires occurring in different seasons, at different severities and under increasing frequencies – elements of the fire regime that are shifting under climate change. His current work focuses on fire-prone vegetation spanning across Australia, and he has ongoing collaborative projects in semi-arid woodlands, sub-tropical savannas and cool climate grasslands in Australia, Brazil and China. He has written over 70 scientific papers and book chapters, and loves to wander around in post-fire sites to study plant recovery. 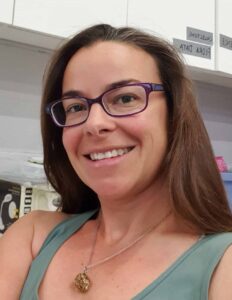 KEYNOTE PRESENTATION: Your story, their story, its story. What lens are you using?

Chantelle has wandered through the worlds of arts and science from childhood- simultaneously loving biology and theatre. This tradition continued into undergraduate studies (where she completed a BA/BSc) and then despite her best efforts reappeared in working life. First, she worked in Roma QLD with an NRM group whilst simultaneously producing the stage musical of Grease (with no singing or dancing experience). She then took a position with Greening Australia whilst studying at the National Institute of Dramatic Arts (NIDA) and finally moved to ecological consulting whilst producing a weekly science radio show (Boiling Point) which showcased Australian researchers.

Currently Chantelle is completing a PhD focused on personal and practitioner experiences of threatened plant translocation and produces the accompanying website (plant-heroes.com) which shares some of those practitioner stories. Her experience in plant conservation and ecology, as well as a desire to elevate the expertise and experience of others has recently culminated in the production of a video series, accompanying the updated Germplasm Conservation Guidelines. 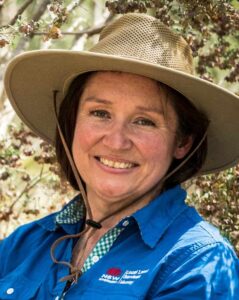 Natasha works as a Senior Land Services Officer with Murray Local Land Services and manages the Seed Services unit of Murray LLS.  Natasha coordinates the annual native seed harvest and direct seeding program and oversees the operation of the Murray seedbank.  Natasha has over 20 years’ experience in native vegetation management and restoration including native seed collection and supply. 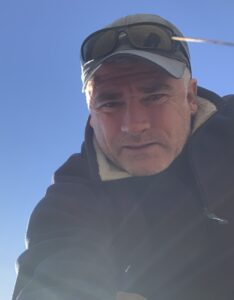 Jim Begley, Landscape Restoration Officer with Goulburn Broken CMA has worked in the environmental management/ revegetation industry for the past 20 years. Over this time native seed supply has been one critical focus for a team dedicated to the supply of native seed for the ongoing demand for habitat restoration, ecosystem services and species conservation, not to mention saving the planet. 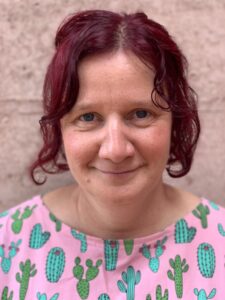 Jodi is a Senior Lecturer in vegetation management, restoration, and fire ecology at Charles Sturt University. She is a plant community ecologist with a keen interest in management and restoration of grasslands and grassy woodlands. Jodi started her ecological research in south eastern Australia exploring diversity patterns and drivers in herb-rich woodlands for her PhD. Since then, she has worked on temperate grasslands around Australia and in Estonia before returning to the south east to take up a position at Charles Sturt University. Jodi’s research group work on a range of applied ecology projects with topics such as plant diversity, restoration, seed biology, fire and grazing management. 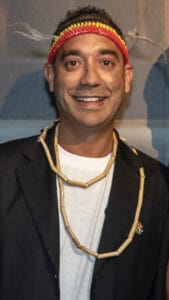 Amos is a proud Way Wurru, Bangarang, Dja Dja Wurrung, Barrapa Barrapa, Wemba Wemba, Daug Wurrung, Ngura-illam Wurru Wiradjuri Man. Having extensive knowledge in the history of colonisation genealogy and bio culture. For the last 10 years Amos has been working in cultural heritage and land management practices specifically over the last 6 years reviving cultural fire in Victoria. Amos is a trained forest fire officer having spent a couple of years working with DELWP in central Victoria. Before that he has worked at Yorta Yorta Nation on the Woka Wolla team before moving into the cultural heritage team protecting cultural heritage on Bangarang/Yorta Yorta country where he has lived all his life. Now at Djandak as a cultural fire practitioner working on the mapping and planning of cultural burning in the 6 Dja Dja Wurrung parks that have been handed back under Aboriginal title to Dja Dja Wurrung. This is part of Dja Dja Wurrung’s RSA having the state of Victoria formally recognise Dja Dja Wurrung being the traditional owners of their Country. Amos is a member of Firesticks Alliance which is an Aboriginal community run organisation running yearly workshops around empowering communities to lead the way in land and cultural heritage work connecting Aboriginal people from all over Australia to build knowledge to fill the gaps of knowledge that may have been dormant for centuries. One of Amos’s proudest achievements to date has been a main driver in bringing the Annual Firesticks Workshop to Barmah state forest as well as his role in supporting other Aboriginal nations in Victoria to think about returning cultural burning as a way of managing country. 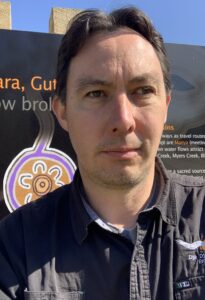 Dr Nathan Wong is currently the Manager of Djandak Planning and Strategy with Djandak an enterprise of the Dja Dja Wurrung Group.  Nathan has worked with the Dja Dja Wurrung group for the last 5 years in which time he has supported a significant expansion of the range and depth of strategy and planning that Dja Dja Wurrung has undertaken with the State.  Nathan is also known for an extensive range of work in the grassland conservation field in both research and practice and has over the years been involved in the purchase, management and restoration of many sites across Victoria. 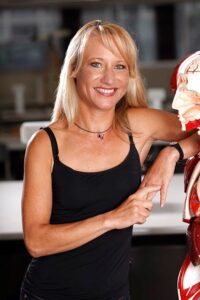 Dr Jonica Newby is a TV presenter, writer and director with 20 years of experience making quality factual television in the specialist science genre.  She has twice won Australia’s most prestigious science journalism prize, the Eureka Award, and is the recipient of a World TV Award. Jonica will be joining us on day three of the conference for a session on engaging people with conservation. She will discuss her book Beyond Climate Grief: a journey of love, snow, fire and an enchanted beer can (New South Publishing), which is a magical and deeply moving personal story that explores how to navigate the emotional turmoil of climate change.