Assessing the impact of Myrtle rust on fire regeneration 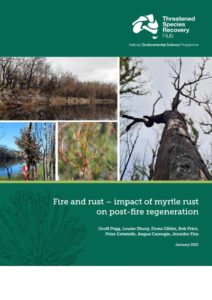 Regeneration of Melaleuca quinquenervia (Broad-leaved paperbark), particularly in New South Wales, is of concern. The loss of established trees, along with the fact that only 15 to 35% of the seedlings are showing evidence of resistance, raises questions over regeneration of the species at these sites. Longer-term monitoring is required to determine the consequences of:
1. The death of established trees and decline rates in relation to Myrtle rust infection levels.
2. The impact of disease on seedling recruitment levels and the recovery of the species within sites.
3. The impact on flowering and seed production over time.

Melaleuca nodosa (Prickly-leaved paperbark) is highly susceptible to Myrtle rust with only small numbers of trees showing resistance/tolerance to the disease, which also appears to directly impact flowering. Dieback because of repeated Myrtle rust infection is reducing plant vigour and the ability to compete for space with non-Myrtaceae and other less susceptible Myrtaceae.

While one-off surveys of sites can provide information on species susceptibility, longer term monitoring is required to understand impacts of Myrtle rust on Myrtaceae regenerating after wildfire. This includes:
• Long-term survival of species and/or individuals.
• Recovery of species and/or changes in population levels.
• Impacts on fecundity and long-term recruitment.

Background
While fire is considered an important selection agent in the development of Australia’s native flora, the development of new epicormic regrowth and young seedlings en-masse after fire are ideal for the development and spread of the rust fungus Myrtle rust (Austropuccinia psidii). Recent extreme fire events have resulted in significant impacts on a range of different ecosystems, with widespread epicormic and seedling regeneration now occurring, creating ideal conditions for the spread and impact of rust.

Project Aims
This project, funded by the Threatened Species Recovery Hub, aimed to determine the susceptibility and impact of myrtle rust on Myrtaceae species regenerating after the 2019-20 wildfires. Locations across fire affected regions in NSW and Queensland were targeted with general surveys to capture data across a range of sites and species. Short term impact assessment plots were established at selected sites and data recorded on disease progression/species decline rates on a monthly basis. The project identified the species showing susceptibility and the regeneration forms (re-shoots/seedlings) affected by Myrtle rust. The effect of repeated infection on species recovery/survival was determined for species highlighted in priority lists, including bushfire affected threatened plants.

In cooperation with the Department of Agriculture & Fisheries Queensland, the NSW Department of Primary Industries, the University of New South Wales, Queensland University of Technology, and technicians and botanists drawn from the private sector, surveys were conducted across a wide range of ecosystems to capture information on species susceptibility. Surveys were conducted over nine months in 2020/21 during the peak periods for Myrtle rust activity. Data was collected on a range of species of known susceptibility and locations where Myrtle rust is likely to be most damaging. Monitoring plots were established or recommended based on survey results, focusing on species identified as likely to be at higher risk, to assess the impact of repeated infection of Myrtle rust on post-fire plant regeneration. Preliminary surveys suggested species not normally seen as susceptible in undisturbed sites were becoming infected and impacted by Myrtle rust.

The research took place across a number of sites and ecological communities in Queensland and New South Wales: 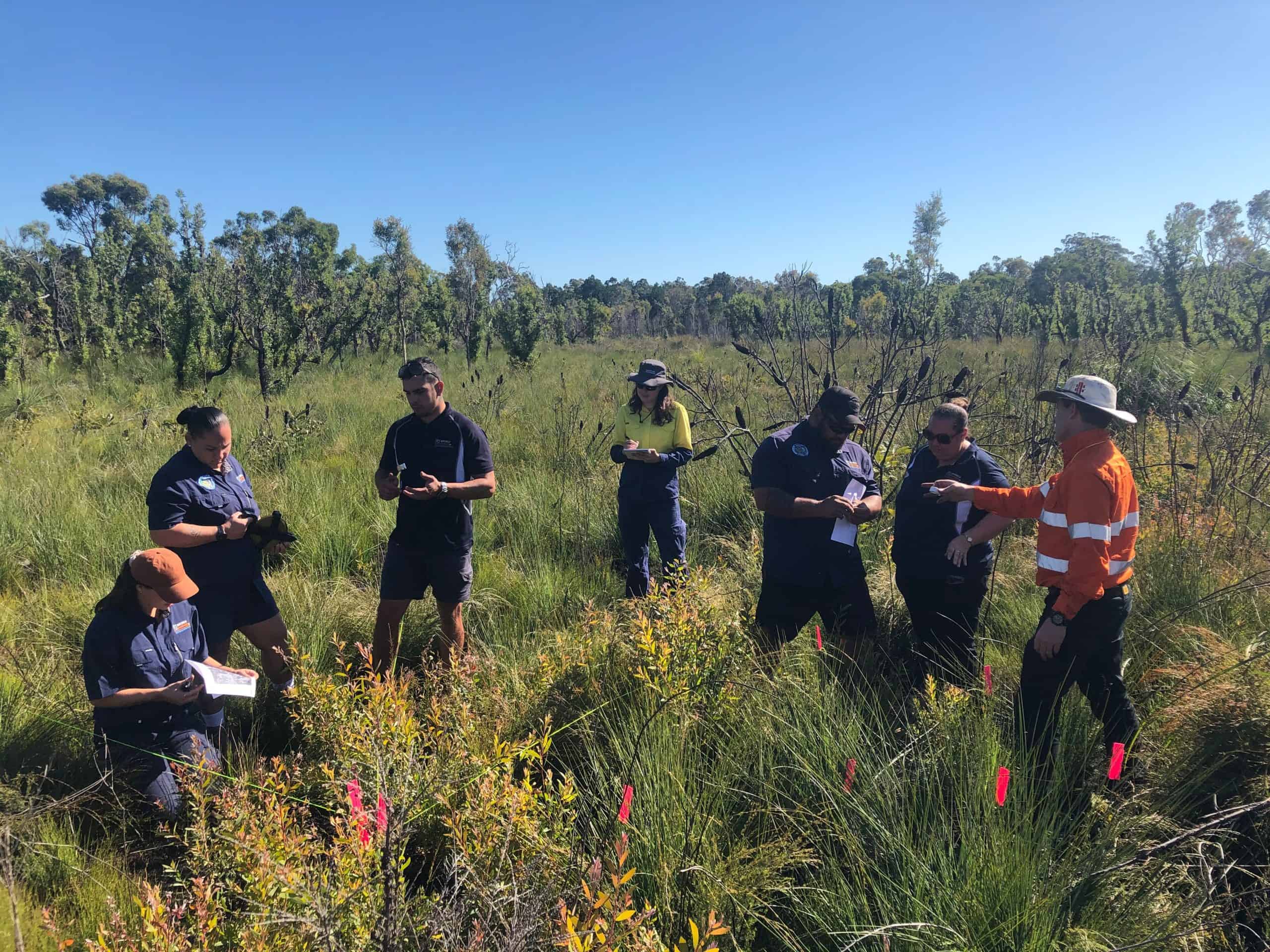 During the surveys, impacts on reshoots and seedlings of a range of species were recorded. Additional site data collected included fire severity, vegetation type and species composition. Where possible, species present across different environments were targeted (e.g., Melaleuca nodosa, M. quinquenervia, Eucalyptus pilularis). Disease incidence and severity data was collected for a range of species and locations where rust is likely to be most damaging. To assist with species conservation and/or restoration planning, data on species populations and/or individuals free of disease and possibly resistant to myrtle rust was also captured.

The ANPC would like to thank the Threatened Species Recovery Hub for this funding.

All photos on this page provided by Geoff Pegg.