It was a lovely day with over 30 people attending. As well as Corowa District Landcare members, people also came from nearby areas such as Beechworth, Mulwala, Burrumbuttock and Balldale. The morning began with Martin showing the workshop participants different resources available for plant identification, including a Guide to Using ‘Plants of Western NSW’ hand-out sheets for more effective plant identification. This was demonstrated as being particularly helpful with identifying the main plant families and their characteristics.

Martin discussed the Redlands Hill Reserve location: “This site’s position in the area is interesting. It is between the Riverine Plains and the South-West Slopes, and it has some characteristics of both areas, but as a hilly island in a flat landscape it is quite unique. Some things you’ll see here but not elsewhere. This is the sort of season that sets up the site for seed recruitment, driving the system for the next 20, 30 or 40 years. For pines and eucalypts – the plants that germinate now will be around in 300 to 500 years time. Seasons like this drive our native ecosystems.” 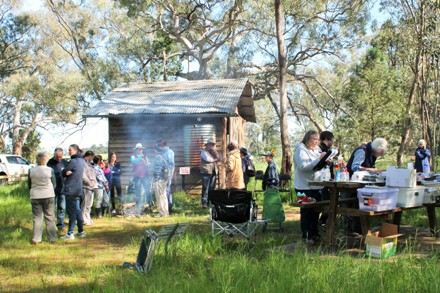 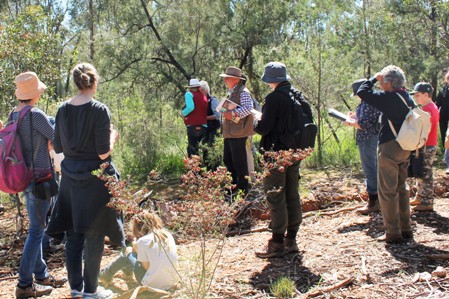 More photos from the day

The participants headed down one of the walking tracks in the Reserve which is dominated in sections by Callitris sp. One question put forward was: “How do you identify the difference between White Cypress and Murray Pine?”. Martin’s response was “it comes down to the difference in the cones. But remember that they can hybridise. Also, younger pines can be subject to borers.”

Martin also explained that Redlands is likely to be a Callitris germination response from the 1970’s. Additionally, he suggested that the area (along the Callitris track) may need to be thinned out or it will “lock up” and limit each other’s growth. This is carried out by selecting the weaker growths and cutting them off. He also suggested that some areas of the reserve may benefit from controlled burning, in order to encourage natural regeneration, which could be incorporated as part of the Redlands’ management plan.

As the walk progressed, Martin noted to the participants that the soil crusts are tufts of moss/lichens that hold surface together and that they put nitrogen into the soil. Some of the other points that were made include;

Other native plant species that were identified on the day included:

Corowa District Landcare volunteers, Joan and Jim cooked a delicious barbeque lunch. Salads and other goodies supplied by the volunteers were also enjoyed by the participants. A special thanks was given to Kerrie Ormond (volunteer) and Joanne Diver (Project Officer) from Corowa District Landcare for preparing for the event and their assistance on the day. Judy Kirk, Coordinator of Corowa District Landcare Inc. thanked Martin Driver for the workshop and acknowledged that the funding for the event was supported by the Australian Network for Plant Conservation Inc., the NSW Environmental Trust and also Murray Local Land Services through the Australian Government’s National Landcare Program. 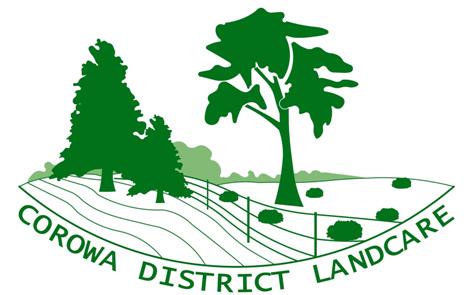