APCC11 is promoting 12 threatened plants from across Victoria, to highlight some of the many endangered species that have limited profiles in Victoria from a research and funding perspective. All are listed as endangered Australia-wide. View as a Flickr slideshow.

Pterostylis basaltica is a terrestrial orchid endemic to south-western Victoria, where it grows in native herb-rich grassland on stony rises near Dundonnell, on the Victorian Volcanic Plain. It is known only from two populations of about 1,000 plants, one on a roadside reserve and the second on private property. The species has almost certainly suffered a major decline in range and abundance due to the almost total loss of its grassland habitat. Current threats to remaining populations include disturbance to or destruction of plants and habitat, herbicide spraying, roadside-related pressures, altered fire regimes, grazing/predation and weed invasion. 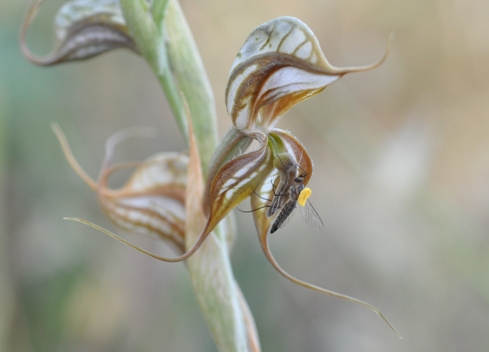 In the Victorian Volcanic Plains west of Melbourne along a deserted roadside a small patch of federally endangered orchids holds on to existence. Pterostylis basaltica is struggling for survival with historic loss of habitat and the double peril of weed encroachment and feral animals. In an exciting partnership with DELWP Barwon South West Region funded through the Victorian Government Threatened Species Initiative, Dr Noushka Reiter, Botanist from the Royal Botanic Gardens Victoria has identified the pollinator, a gnat (pictured) and studied its distribution. Dr Reiter and Orchid Conservation Officer Marc Freestone are beginning to propagate these rare and interesting orchids for eventual re-introduction. This is an exciting first step in a project that will need long term funding support to study the ecology, control threats, grow and eventually re-introduce this species. (Photo: Noushka Reiter, Royal Botanic Gardens Victoria)

This Victorian endemic is only found on the southern fringe of the Little Desert National Park in western Victoria. Shrub in heathy mallee on slightly ‘better’ soils that have been selectively cleared for farming. Very few sites remain, and all are on roadsides or private land. Threats are road widening, weed invasion, rabbit grazing and changes in fire regimes. 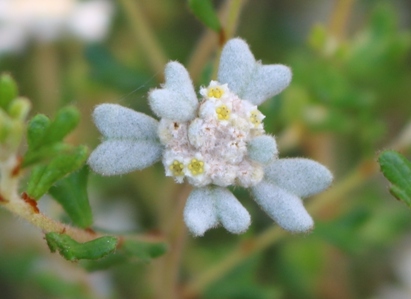 Southern Shepherd’s Purse is endemic to south- eastern Australia, but has disappeared from almost all known locations across its historic range in Victoria and Tasmania. The species, a small annual which grows in moss-mats, is now believed to be restricted to one small area on Mount Alexander in central Victoria. Major threats are weed invasion, rabbit digging, changes to drainage, trail and mountain bike riding and climate change (through drying of moss-mats). 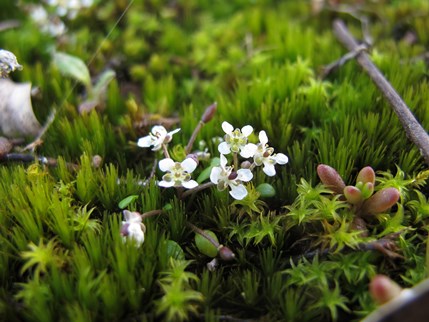 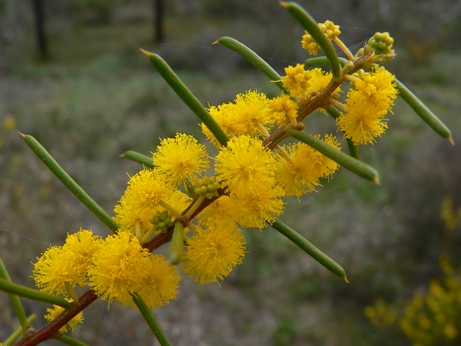 Short, erect, woolly perennial forb or small shrub that can grow up to 1 m in height, but more typically growing to between 15-25 cm. It previously occurred along the Murray River in South Australia, the Darling River in New South Wales, and along the Glenelg River near Casterton in south-western Victoria, but these populations are now presumed extinct. The species is currently known from five wild populations, all in Victoria: four at Corop and one near Ballarat. Total population size is unknown due to the rhizomatous habit of the species, but all wild populations occupy <0.25 ha in extent. There are also two reintroduced (planted) populations at Corop. Major threats include weed invasion, road and channel maintenance, altered hydrology, grazing and trampling by stock, inappropriate fire regimes and small population size. 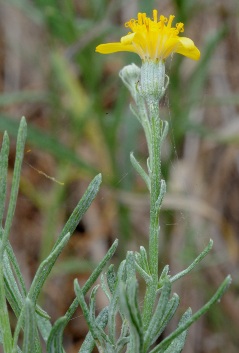 Endemic to Victoria. Rosetted daisy from wet peaty grassland. Currently known from only one site – has not been found at two other sites for more than 30 years. Major threats include climate change and grazing (although site currently fenced and cattle removed). 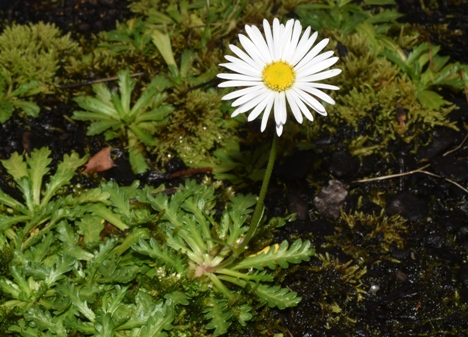 Endemic to Victoria, occurring only at one location in a narrow 13 km long band of vegetation on the western bank of the MacKenzie River, approximately 18 km south of Horsham. Shrub or small tree which grows up to 10m high. 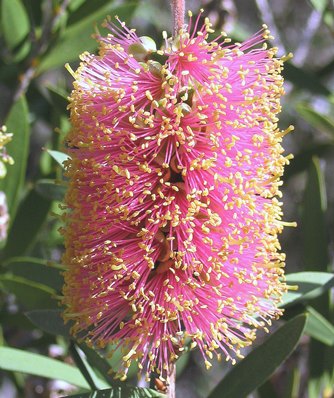 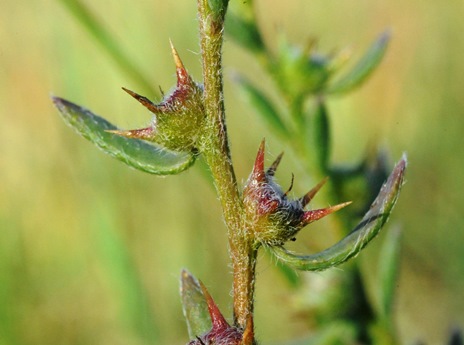 Victorian endemic. Shrub to small tree apparently confined to Cool-temperate Rainforest – Eucalyptus regnans forest ecotone. Two known populations in same sub-catchment of upper Yarra River, both severely degraded by Sambar Deer behaviour. One population was completely burnt in the 2003 Black Saturday fires, the other was partly burnt. It is now regenerating from seed since the fires, but the main threat is increasing fire frequency. 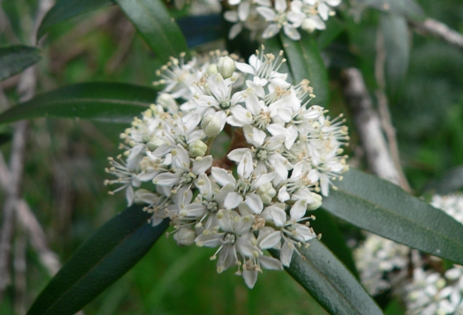 A medium shrub 3-4 metres high with weak spreading branches to 2-3.5 metres, Pomaderris vacciniifolia is only found in small populations in mountain forest around Kinglake, Castella and Toolangi in central Victoria. In February 2009, the Black Saturday bushfires destroyed 98% of Kinglake National Park. This had a devastating impact on the Round-leaf Pomaderris and other native flora and fauna. Kinglake National Park is now on the road to recovery and the populations of Pomaderris vacciniifolia have been surveyed and are showing impressive regeneration and a healthy population now exists. 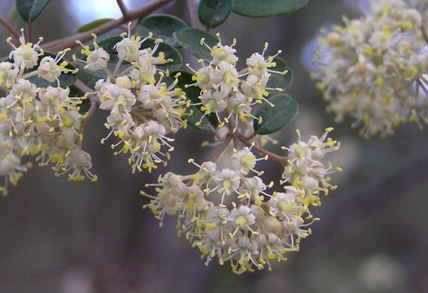 Westringia crassifolia is a small shrub that is endemic to Victoria. It is known from only two widely separated locations 1/ in north central Victoria near Bendigo within the Greater Bendigo National Park and 2/ in the western part of the Little Desert in western Victoria within the Little Desert National Park, comprising a total of 20 populations with about 640 plants. There are 17 wild populations, including two that have been supplemented with cultivated plants, and three reintroduced (planted) populations. Main threats include human-induced soil erosion and siltation, browsing by native and introduced mammals and high fire frequency (the species is an obligate seed regenerator). 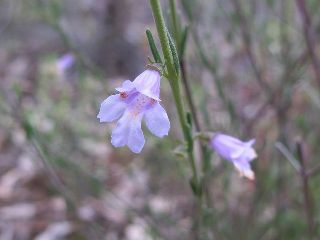 Commersonia prostrata is a prostrate, mat-forming shrub with trailing branches to 2metres long and is a pioneer species which appears after fire, flooding or clearing. It occurs disjunctly in south-east Australia, from the Gippsland Lakes hinterland in Victoria to the Tomago sandbeds north-east of Newcastle in NSW and is known from only 31 sites – 24 in Victoria and seven in NSW. In Victoria, Commersonia prostrata is found in the Rosedale-Stradbroke-Providence Ponds area of central Gippsland. In NSW, the majority of known sites occur near Tallong, Penrose and Goulburn on the Southern Tablelands; and also near Newcastle. Main threats are swamp drainage, reduced fire-frequency, weed invasion, browsing by native and introduced mammals and sand mining. 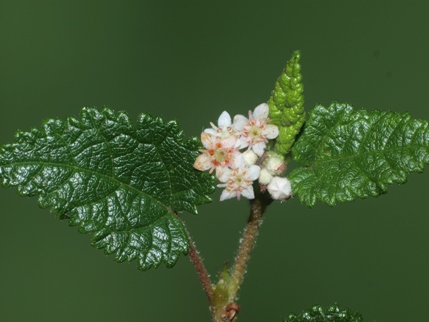