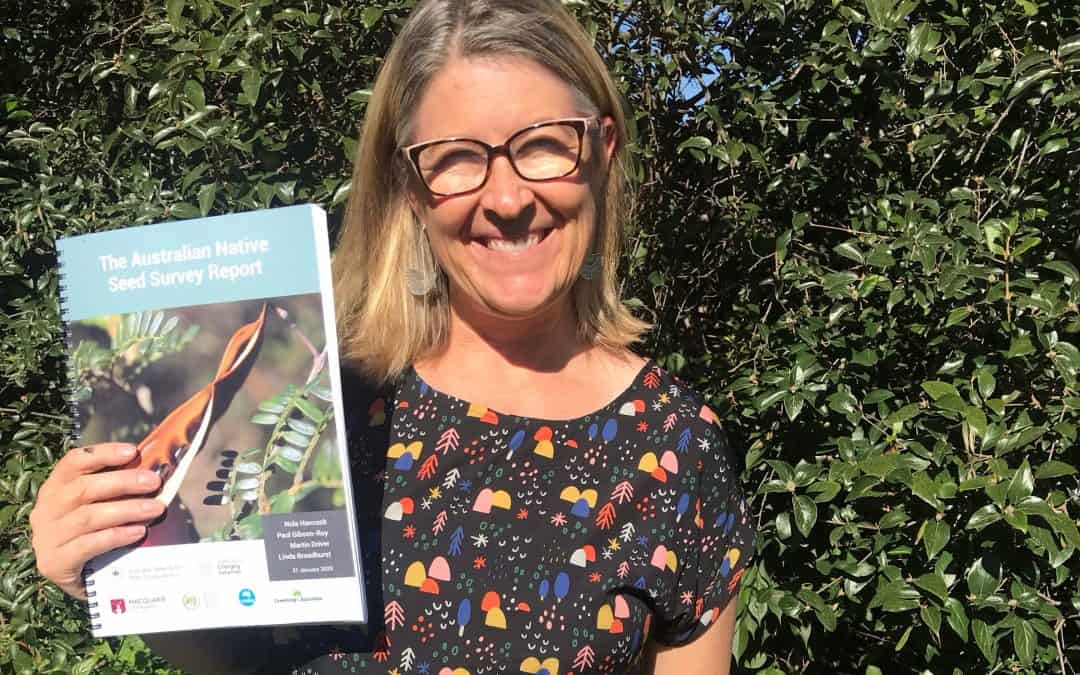 The Australian Native Seed Survey Report has been launched by the Threatened Species Commissioner Dr Sally Box. Read the Media Release here. The report details the full results of the national survey capturing the behaviours and views of a wide range of participants in the native seed sector – which the authors say are not all encouraging. ‘Worryingly, the report highlights the concerns of the sector that future demand for seed will be difficult to meet from the wild’ said Martin Driver from the ANPC. ‘This is due to the high costs of seed collection and the lack of seed from a broad range of the species that are critical for restoration. The recent bushfires have made this situation worse’. Seed production of native seed offers some hope, but currently lacks the capacity to meet demand. ‘Seed production areas (SPAs) are an increasingly important supplier of seed for restoration, landscaping and bush food markets’ said Dr Paul Gibson-Roy from Kalbar Resources. ‘SPAs are locations where we cultivate native species for their seeds, like agricultural crops. They can produce seed in higher quantities and quality that is much easier to collect than in the wild. Their continued development will be critical to meeting seed needs and preserving wild populations’. Read more and download the Report here.